Two years ago I came up with an idea, as I am inclined to do when I have ideas, I immediately bought some domain names to add to my ever growing list of domain names.  I knew it was a brilliant idea because it was all about filling a need I desperately wanted not to suck at, Pitching. I was going to start a conference and online forum all about learning to pitch my ideas without shaking like a leaf, about learning to give the kind of keynote that gets a standing ovation at a conference, about negotiating a contract, or knowing how to talk to my clients, or writing a press release that actually got talked about by the press. I didn’t know how I was going to do it, but knew I needed to get it done.

I’m a doer, I’m a maker, I’m a conversationalist, and being a maker and a doer (admirable skills that have certainly gotten me far) I love making and doing things that are useful to my friends, and I am great at telling my friends about it because of that. But talking to audiences, the media, or handeling myself in a normal business presentation situation… not so much… I suck. I’m not a business person, I never trained to be one. I’m a doing and making person, and it shows.

“Sucking,”  is of course, the layman’s term for “failing”, and failure – the fear of failure – is some scary shit. I know there is a “Fail fast, fail often” mantra out there (at least in the tech entrepreneurial world,) but I didn’t set out intending to fail, and that mantra is one of the dumbest entrepreneurial phrases I’ve ever heard. Starting something is not about failing, it’s about doing cool shit the best you can, it’s about making something that doesn’t suck, no matter how badly you suck at doing it, or in my case, saying it. As far as I’m concerned, no matter how badly you suck, you’re probably way ahead of the game, you are better than the scads of people too afraid to even try and build something.

I vacillate from roaring like a lion, to leaning on the stereotype that women are horrible at pitching themselves and their own projects and accomplishments. I get gun-shy if I’m doing too much talking. I have been conditioned to blend in, be a good girl, and not rock the boat, no matter how much success boat rocking has gotten me in the past. The compulsion to sit back and let my projects get “discovered” like models in a shopping mall is overwhelmingly prevalent. The fear of failure coupled with the fear of doing something I have been conditioned not to do my entire life is sometimes paralyzing, and I won’t lie, I have from time to time fallen into the role of the stereotypically meek woman, because it’s an easy, well trodden path. It’s always been a struggle to put myself out there.

My brilliant idea, Pitch Refinery, is scheduled to take place in just a few weeks (Sept 22nd and 23rd.) The speakers are stellar, the venue is paid for, the volunteers are ready, but the audience… lets just say they’re all going to have front row seats if I don’t figure out how to do all the things I built Pitch Refinery to teach me to do… it’s truly the most redonkulous catch-22 ever, but I’m going to do my best, even if my best totally sucks. My speakers say not to worry, people will show up, and I have to have faith that they’re right, because they’ve “been there, done that”  – they are all very smart business owners, they’ve been on TED stages, written their own books, made their own money and write regularly for publications like INC., Forbes, Fast Company, and Harvard Business Review – but I’m still nervous that this super cool thing that I’m doing, the thing that will teach me to operate way outside of my comfort zone, the thing that all my entrepreneurial and freelancing friends said they need to go to,  is something I’m going to totally suck at pulling off.

I have a feeling that they say “fail fast, fail often” so they can pretend that being sucky is what they were aiming for in the first place, but I can’t subscribe to that. I’m building something amazing, and no matter how much I suck at telling the world about it, failure is not what I’m aiming for. You can learn to not screw it up right along side me at Pitch Refinery, get yourself a 20% off ticket, I’ll save you a seat, just in case you want to sit in the front row. 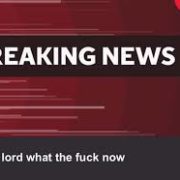 I’m Trying Not to Be Stressed, I’m Trying to Be Afraid

What if I’m Just Here to Pour Your Coffee

Not Quite Dating but Certainly a Mugging