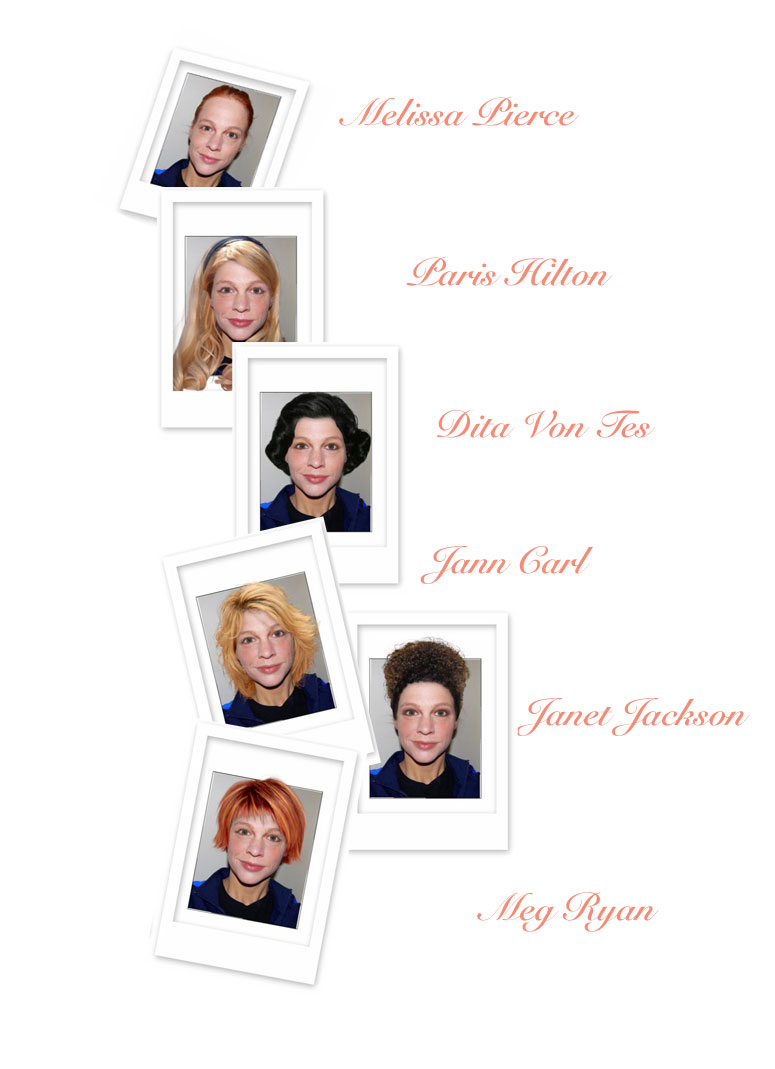 Melissa with a variety of celebrity hairstyles

Isn’t it nice that one can try on a myriad styles, looks, & personas, without committing to any of them? For example, I’ve spent a good part of a day engrossed in “trying on” virtual hairstyles, lipstick colors, and eye shadows without having to even make an appointment. (thanks  e.l.f cosmetics’ virtual makeover).   Who knew that I’d look so good with Janet Jackson’s tall curly hair, or so bad with Jann Carl’s 80s rock boy hair? I’m  glad that I can find people and ideas in this world that I can imitate when I have no idea what I want, that I don’t have to be the same ole person I’ve always been,  glad that trying things doesn’t mean I have to stick with them if they just aren’t “me”.  Thankfully, authenticity isn’t a permanent thing, it is more of a fluid changeable truth, which is good news for me, because I’d hate to have made the mistake of getting Jann Carl’s hair and look like Jon Bon Jovi for the rest of my life.