Warning: Undefined array key "rchash" in /home/melipie2/public_html/wp-content/plugins/wp-recaptcha/recaptcha.php on line 349
 Two Weeks in the Life of an Egg – melissapierce.com 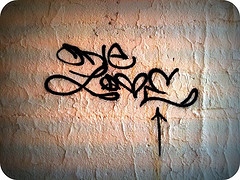 Two weeks ago, armed with a camera, some beautiful dresses, my smarts, and a yet to be discovered tiny fertilized egg, I hopped aboard the Jones Soda tour bus with seven strangers and embarked on a trip across the Arizona desert toward a tech, film, and musically- fantastic conference, otherwise known as SXSW in Austin Texas.  It would mark my first “branded” tour experience that I was not in charge of, coming from the world of events marketing, I cannot tell you what a weird experience it was to sit on the comfy couch eating snacks while someone else did the driving. We met UFC/MMA fighter Ryan Bader and my best friend Melanie out in Phoenix at Ryan’s gym before taking off across the desert. I drank a ton of cream soda (my favorite), and laughed a lot with Andrew, Kris, Danielle, Mike, Todd, Roger, and Rachel.

We visited Tombstone and the like or looked for scorpions when not in the bus, we worked on various computers and played Xbox when we were on the bus – can you believe there wasn’t one sing along? We ate BBQ and met some famous teens in Wilcox AZ who got a presidential award for publishing a Tag Magazine (they thought WE were the famous ones and had us sign their menu.) KK and Roger took amazing photos of it all. When we rolled up to Austin the night before SX we kicked it off right by meeting friends out at the Gingerman. I drank a fourth of my beer ate a few empenatas and I was done. By the time I  got to the Doubletree… I ate one of their fantastically warm cookies and fell face first into bed without brushing my teeth. Had I known there was a tiny hitchhiker hanging out in my womb I would have rallied for the toothbrush – never too early to set a good example.

Like I Knew Them Since Forever… or at least yesterday

There are some people you meet at SXSW that you just know you’ve known forever, they don’t have to be new friends, just people you realize you must’ve known in some cosmic way from a time before. Hanging with Jeffrey Zeldman is like that, or Patrick Starzan, or Maria Scileppi – my brothers and sisters from other misters.

And there are some people who will shock the hell out of you with their directness, but when you look back, clearly nothing could have happened any other way. Heather Gold and William Hurley are like that.

And the people you thought you knew but turn out to be even more fabulous than you remember: Krystal Baldwin, Johnny Diggz, and Rachel Sklar, I’m talking about you.

Or the people you sit down to dinner with and discover later are CNN News producers or other such big deals.

And then there are those people you never thought in a million years you’d even say Hi to: Jon Hamm, Danny Divito, David Grohl, and my IDOL  Carrie Brownstein… Yeah, I said Hi. Did I mention I went bowling and Jon Hamm showed up? Did I mention I stole the bowling shoes to commemorate the occasion? Did I mention that the cue for pregnancy happened at the bowling party when the smell of the food sent me fleeing with nausea, did I mention that it wasn’t the lateness that cued me, it was the nausea? No? Well, now you know.

I Danced My Ass off… for two weeks straight…

Thank you Audio Runner, The Hood Internet, The Black Box Revelation … I didn’t feel like drinking much, but my dance was on and on and on… well past SXSW to my sister in law’s bachelorette party.

And then on Saturday in San Fransisco…

I took a pregnancy test. Had I not had so much packed into the last two weeks I would have never even looked at a calendar, I would have never freaked out enough to take the time to pee on a little stick in a Starbucks bathroom. (I didn’t want to bring it back to my hotel room full of bachelorette party ladies – I’m a no drama mama, mostly) Had I not been at a bachelorette party at the time, I would have probably fallen in a heap and cried, but I was… so I danced.

And then on Sunday night…

After a 10hr stay at SFO thanks to rain in California, and a wonderful visit there with my favorite friend Lana, I was flying to Chicago and my luggage was flying to LA. I landed and that was it, my little road buddy that I didn’t even know was there for sure until a day ago was gone, bleeding out in the Midway Airport bathroom. A tiny seed, too small to even see, wasn’t even sure I wanted, but treated like the most precious cargo once discovered, had decided his/her trip was over too. Funny thing about roadtrips and SXSW, you never know who you’re going to meet or how long your going to know them.

6 Apps Every Resourceful Woman (and Man) Needs at SXSW

6 Apps Every Resourceful Woman (and Man) Needs at SXSW