Your protagonist is dead. This story is a broken wing.

Yesterday I met my old barista Pippa, in the street… her red hair flowing, baby on her hip… and it was like watching my life on replay.

Did we both ask that question? Did she ask it at all? Am I confusing who is who?

She said “I couldn’t place you for a moment, last year is so long ago”…
She’s starting anew. She looked radiant. My heart leaped.

I think our hearts each poured into the other’s then… and maybe that’s really what happens in time travel when your past and future selves meet. We didn’t create a paradox, but a new paradigm. A cappuccino can be poured as soon as the milk is ready; you can move the milk back and forth between vessels to speed the process but the milk and foam will find perfect balance on their own. 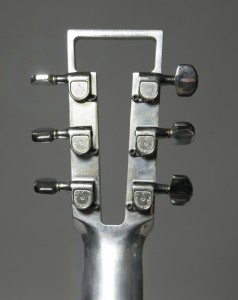 Have you ever seen a Travis Bean guitar? It has a solid aluminum neck and center section that runs through the guitar’s body, a T cutout – the pickups are directly mounted to the aluminum – the sound is incredible.  I used to own one, or at least, I lived in the same house with one, lived in a house with my husband, the musician. Tracked it down before ebay, we bought it with our student loan money and extra shifts at the mall.

The day the Travis Bean came, all cream and chrome, I laid it like a prayer, like a new lover, on my side of the bed, anticipating that he’d be so into it and into playing it he’d forget all about me… which was thrilling, because he could play, and he was somebody.

He arrived home that day to my excitement without acknowledgment, without gratitude, without touching me, or my proxy. I slept on the couch. I can’t come up with any other explanation as to why he’d deny this excitement to me or himself other than he was an asshole. He was young and awful: all math, sarcasm, cruelty, control, and logic… but damn, he really could play.

That guitar was beautiful, machined to sound like heaven, heavy and smooth. I liked seeing it in his hands, I liked watching him work it. I wasn’t much, but he and that guitar were my everything. I suppose I was young too: all empty insecurity, filling myself with guilt, enthusiasm, and hero worship.

Eventually I left him, first in a series of leavings that would teach me who I was. You break-up, you grow up. He grew to be a philosophy professor, putting his art and music away, tucking his Travis Bean under his bed with the dust bunnies and old shoes. To be honest, my heart broke a little to hear he’d traded his guitar for tenure. It’s hard to know someone turned away from something they put some much of their heart into, that I put so much of my heart into.

Sometimes I check online auctions, maybe he’s sold that incredibly perfect guitar to someone who plays it, maybe I’ll go see a show and I’ll see my proxy, the Travis Bean in someone’s hands again, there were only a few thousand ever made, and I loved one once.