I read that somewhere, that the phrase ‘I wish’ was the same as the phrase ‘I’ll try’ in that both are a setup for an idea or action that the orator has already decided is a failure. (Actually, I read those things separately and cleverly put the two theories together for my own ingenious purposes). Tonight, with Cole’s “I wish you would just know when I need time alone” statement, he already knew it was something that was never going to come to pass, and probably just said it to piss me off. But there is the rub, I do know when he needs time by himself, I mean, I live with the man, I know his moods and can definitely identify his silent tantrums, but that doesn’t mean I’ll just go away when I ‘feel’ he needs some space. In fact, I’m probably hanging around just to piss him off. Truly though, is it too much to ask that he just tell me he needs some time? Wouldn’t that be the mutually respectful thing to do? Then, he could stop playing the ‘I’m throwing you my moody tantrum signal’ against my ‘I resent your moody tantrum, extra chatty banter’ and we could end the stupid game right there. Isn’t this one of the main complaints that men give about women, that women expect men to read their minds and are not direct? Of course, I am getting less direct as we continue on, I suppose I could always ask HIM if he needs some space those instances. (But then, it’s that resentful feeling one gets when you feel someone is ‘fishing’ for you to say or ask something) I feel so many opportunities lately lost for open communication. We’re getting more passive aggressive as our relationship evolves. Do all couples go through this self sabotage, are they aware that it’s happening to them? I think this is a topic for another post, I wish it were not the case, and I’m trying to make it different. 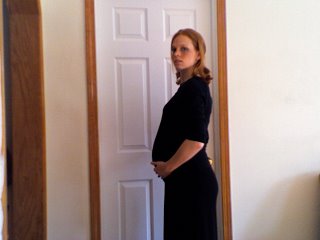 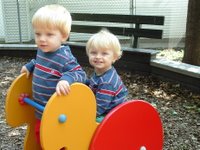 This was a question posed to me by my now ex-husband’s girlfriend, when from my failing marriage, I moved unbeknownst to me across the street from her and her own failing marriage. I now use the phrase regularly, which leads me to believe, that the chances are indeed pretty high that whatever coincidences you think are one in billions, are really much less rare. How could it be that Louis’s mother and I would choose to dress our two children in the same shirt, one that neither had worn before, on the same day… What are the chances, I ask.

A three hour scrabble game in which for the first time in all our years, Cole won, ensued last night. 30 points on his first turn out with ‘maze’ I followed with ‘moment’ … And there somewhere, Cole pulled one of my moves out of the basket and played ‘qi’ for another 30 points. Another turn around another shadowy corner of this time and life.